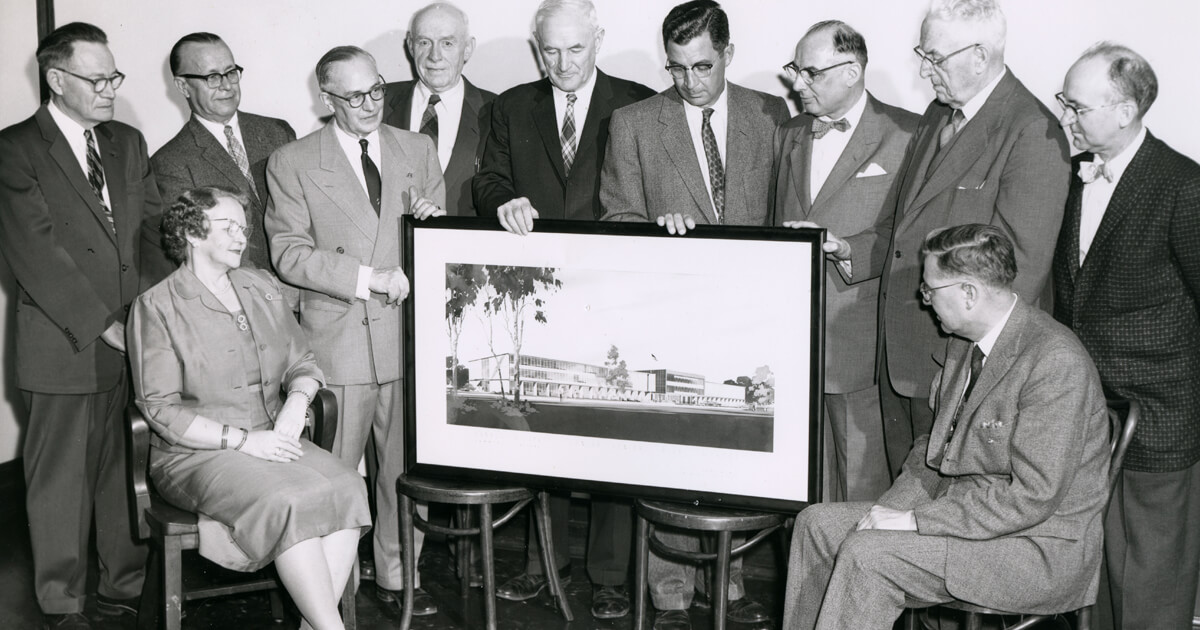 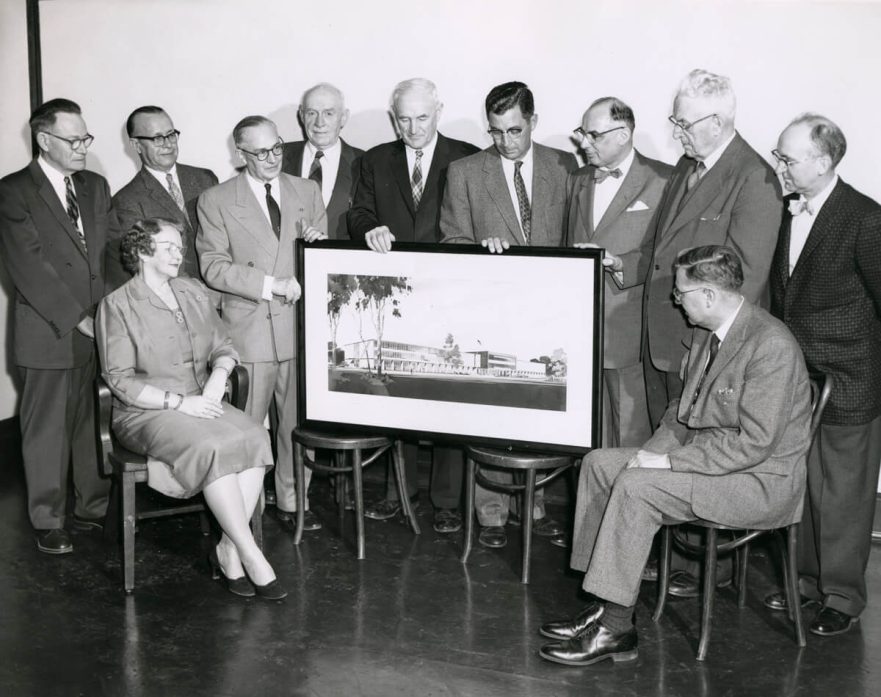 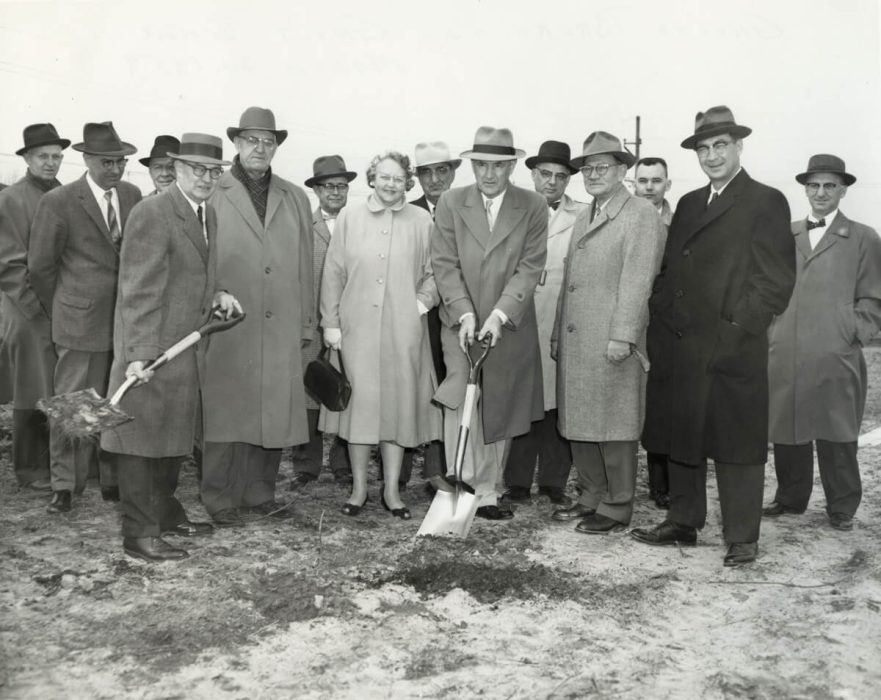 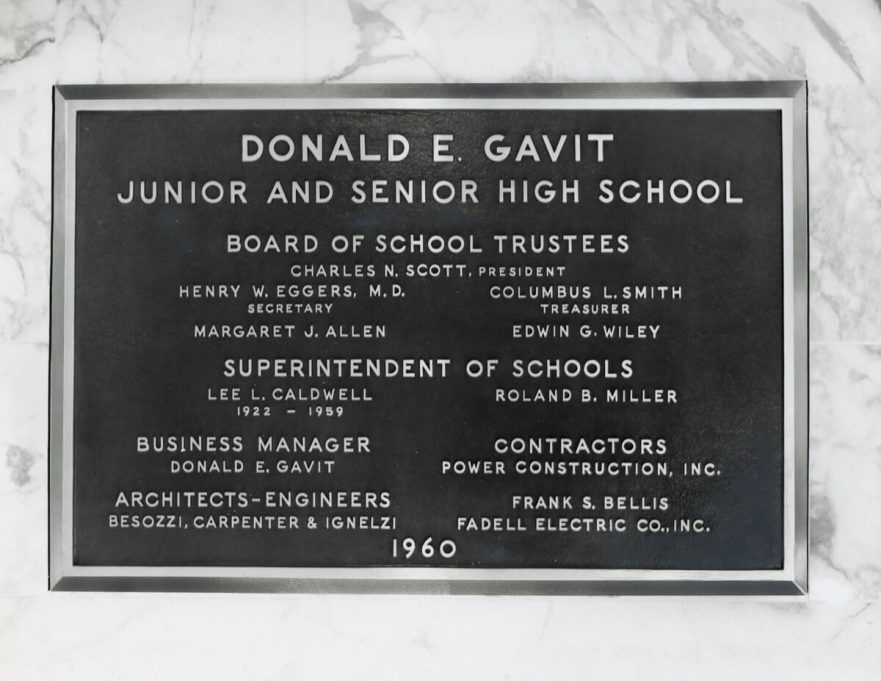 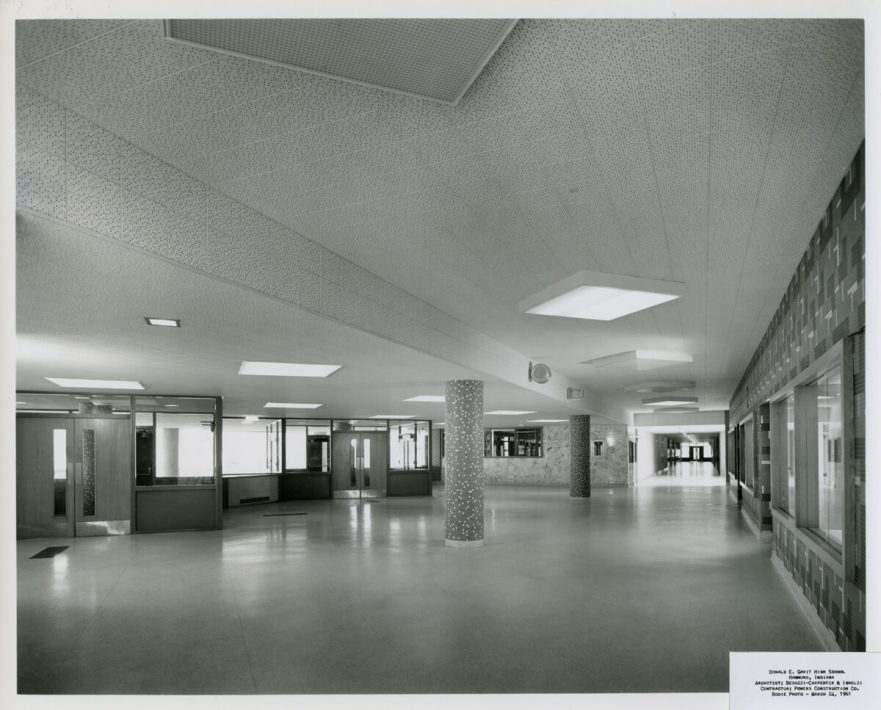 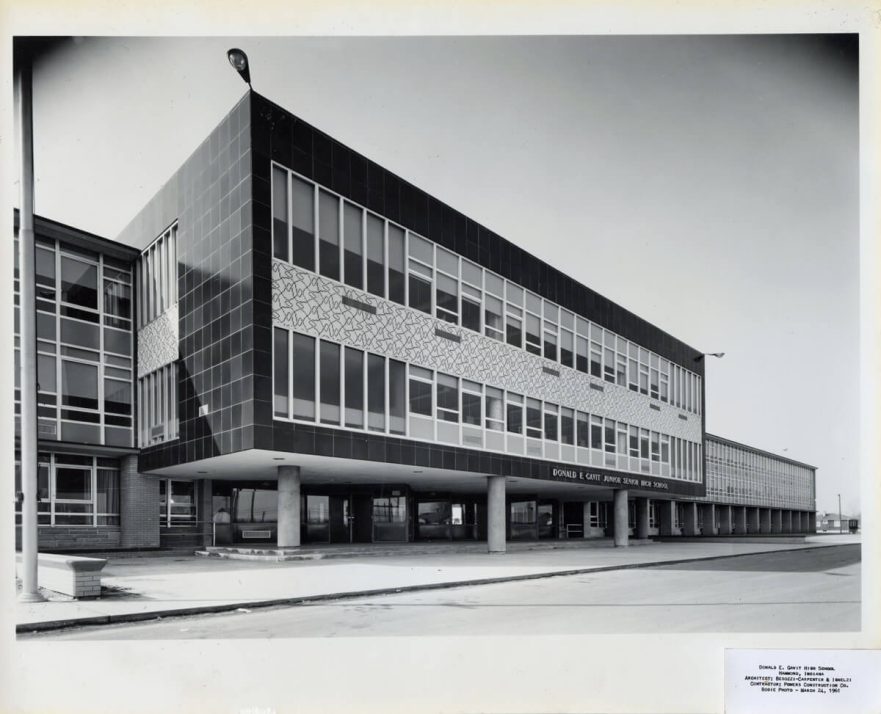 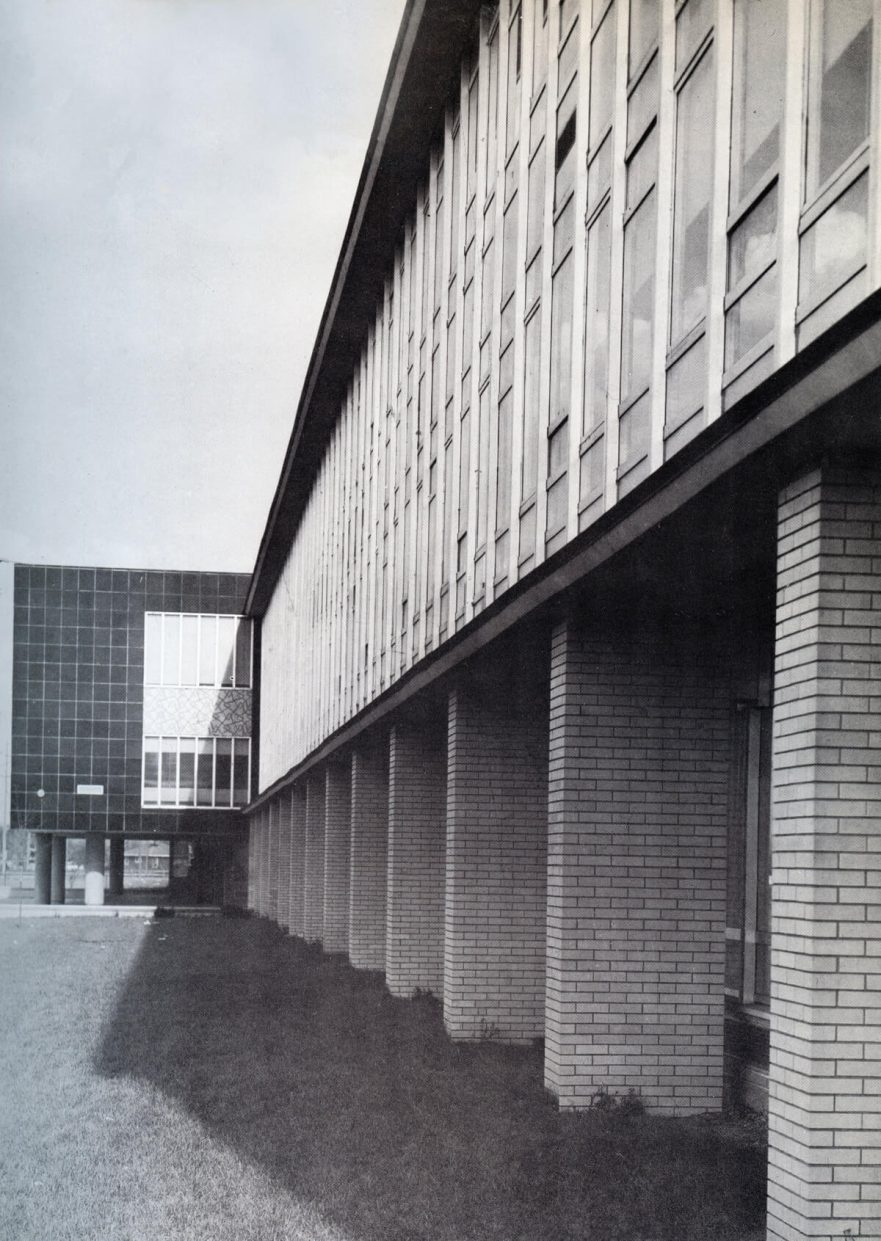 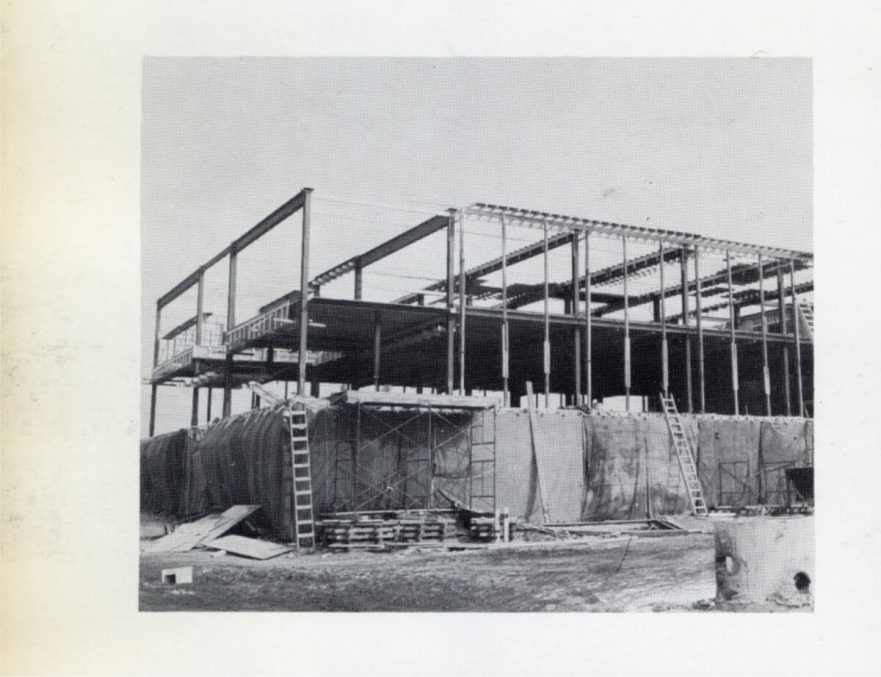 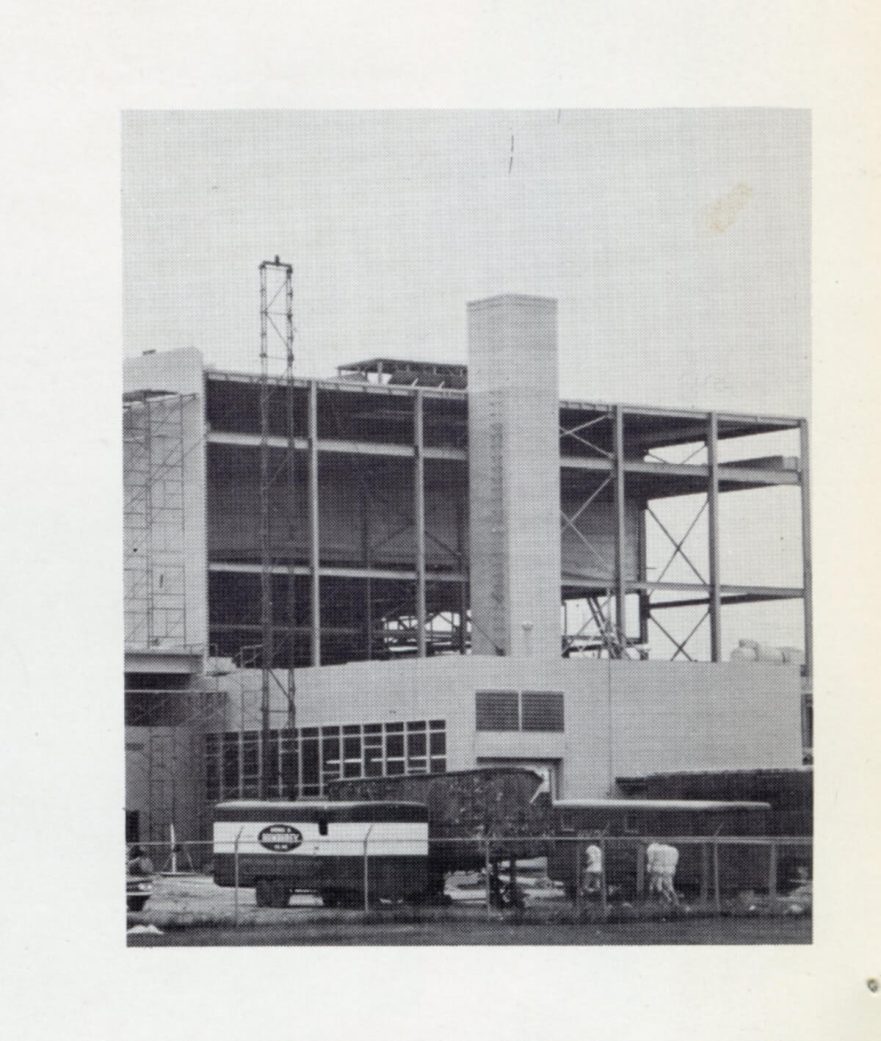 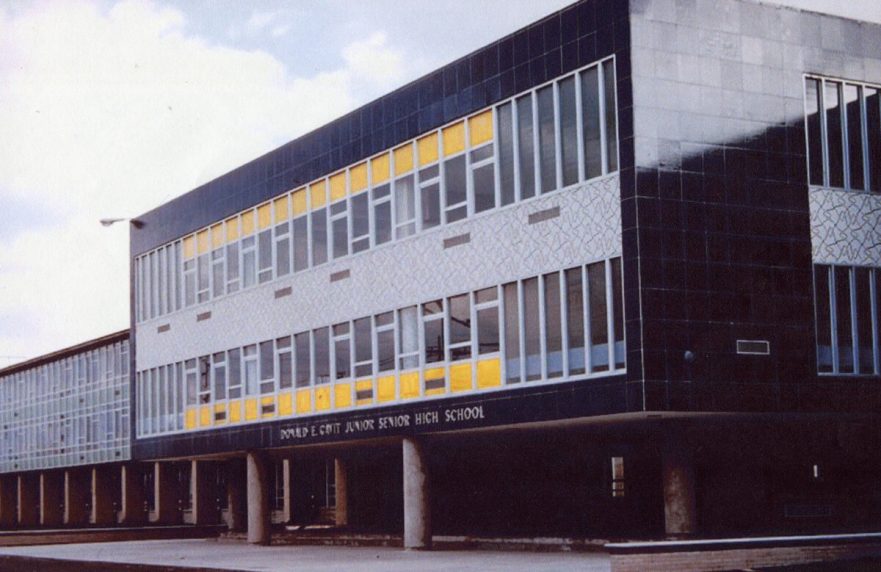 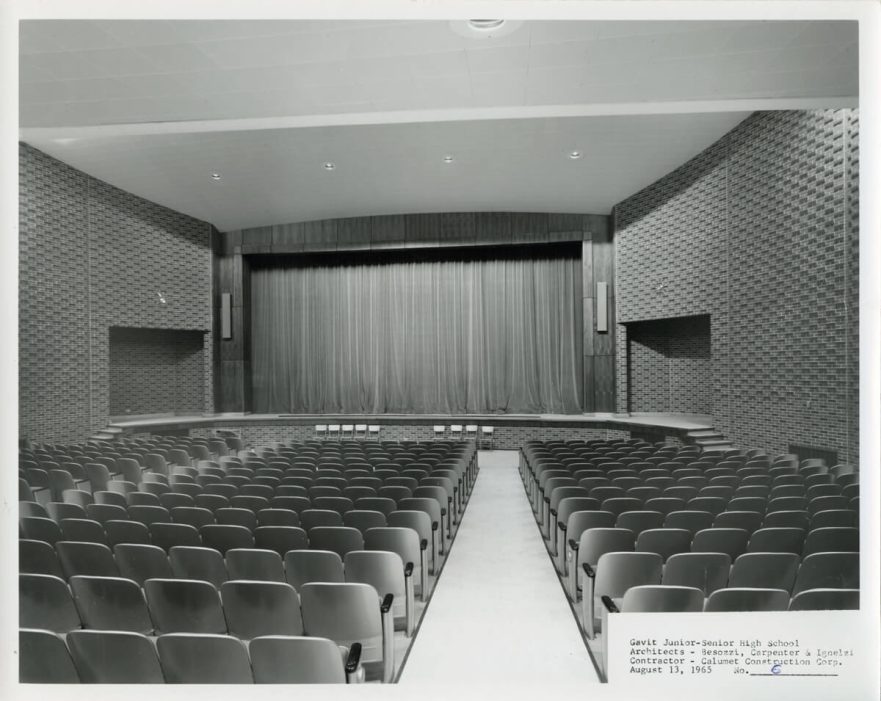 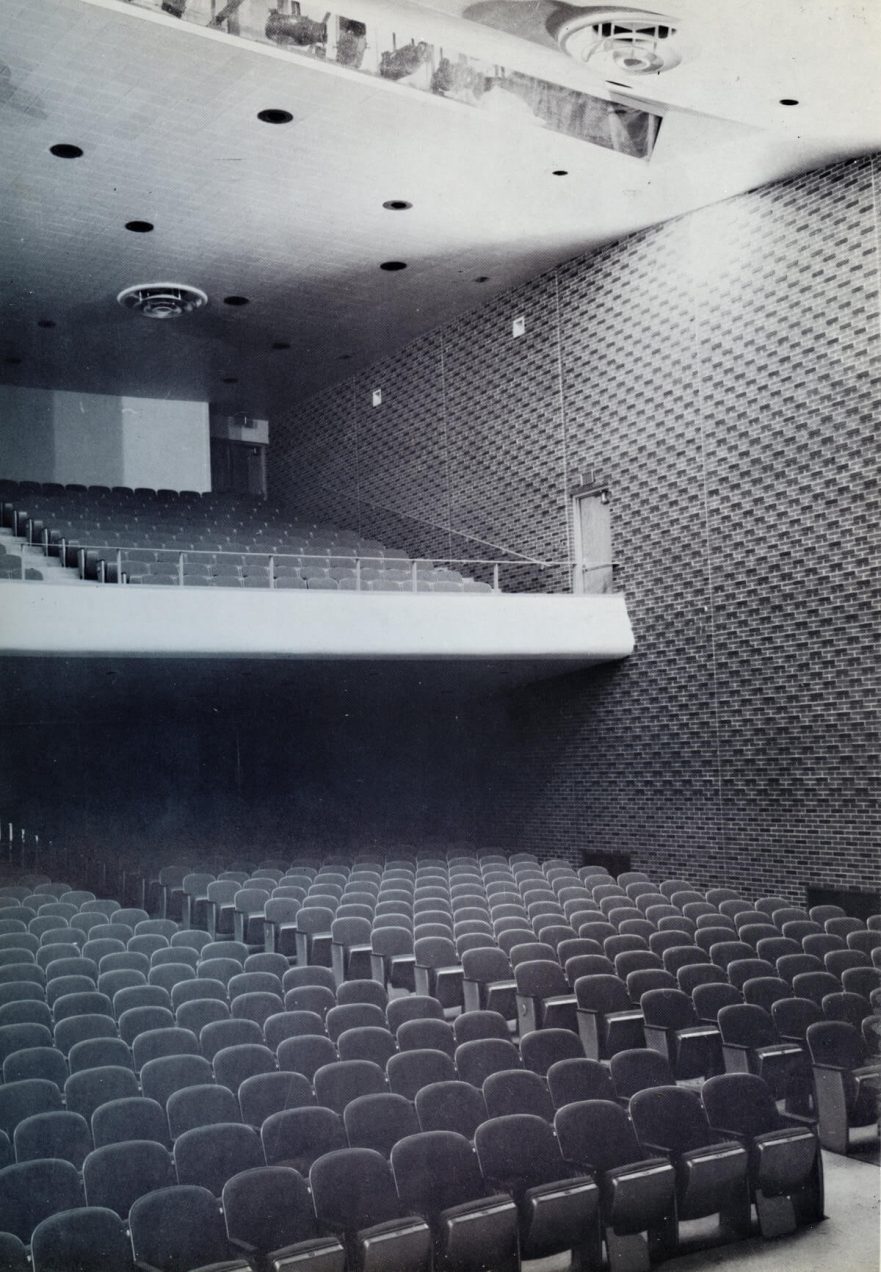 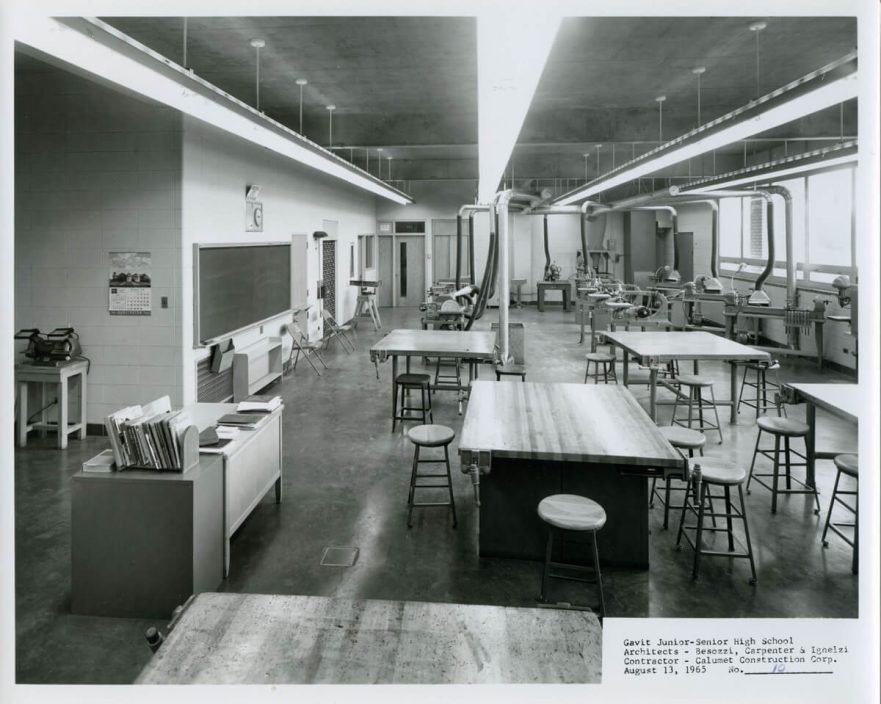 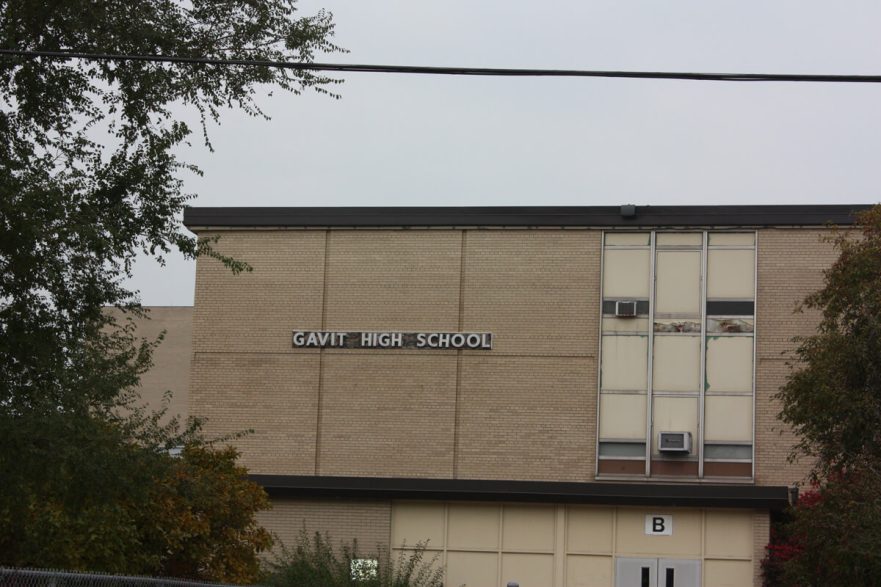 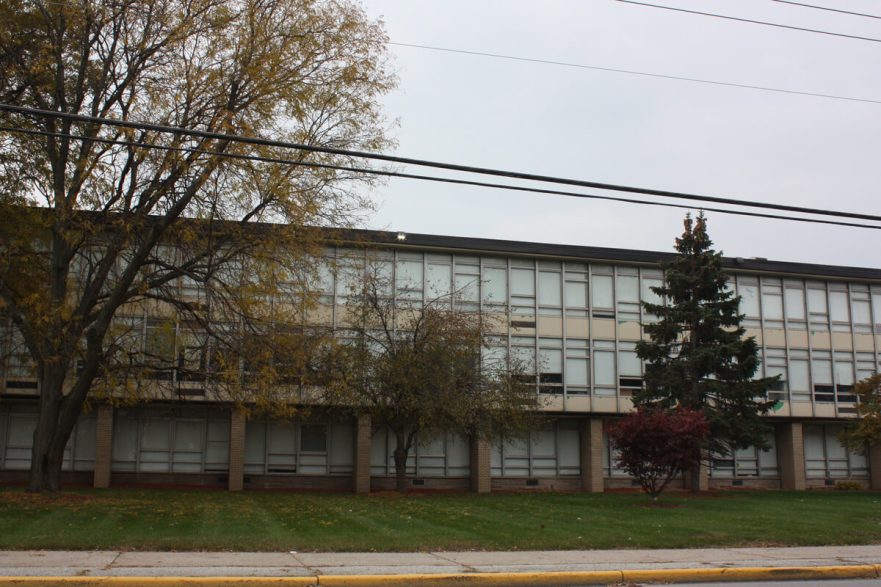 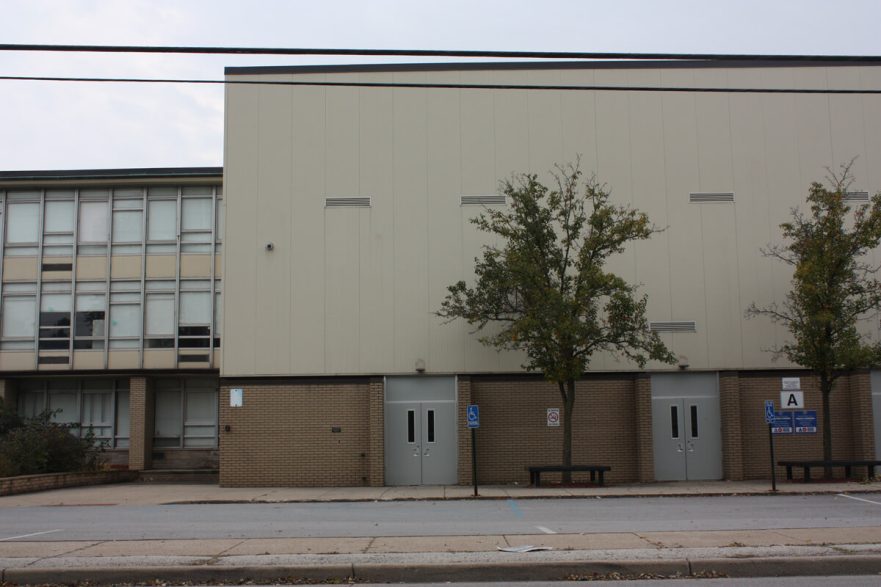 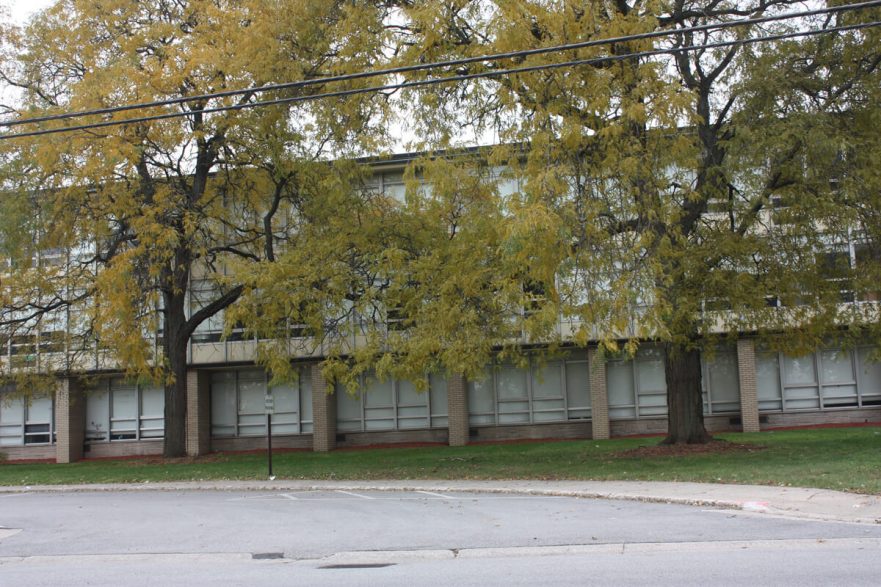 Leo Besozzi, born in 1902 in Newton Massachusetts, graduated from Valparaiso University with a Bachelor of Science degree and a graduate degree in civil engineering.  He lived in Hammond and spent his professional career planning, designing and supervising the construction of numerous public works projects in Hammond and throughout Lake County.   Some of his many engineering accomplishments include Hammond’s first water works and it’s first sewage treatment plant.  In addition to Gavit High School, his academic engineering endeavors include Hammond Technical Vocational High School, and the designing and remodeling of Calumet College Calumet Center, formally St. Joseph’s College, in East Chicago.  Besozzi collaborated with his cohort, L. Cosby Bernard, Jr. to design and build a new shop annex for Hammond Technical Vocational High School in 1959, as well as, their joint work at the Calumet Center at Calumet College.

In recognition for Besozzi’s public service he received a distinguished Fellow Award from Purdue University.  During World War II he was commissioned as a captain in the US Army Corps of Engineers and served in the Philippines.  He received many awards and accolades during his career for his talent and professional service.  After a long retirement, he died in 1997 at the age of 95.

Gavit High School was named after Donald E. Gavit, business manager of the Hammond public schools.  As a young man Gavit began a banking career with three years of college and no financial experience.  With the financial collapse of the Great Depression, he chose a different career path.  He returned to school and completed his teaching degree. “This led to a job as teacher of English at Hammond High School.  Two years later, his banking background put him in the newly created business manager’s office.  Gavit’s ability at handling the financial affairs of the multimillion-dollar school corporation resulted in the community naming a high school after him.”

Ground was broken for this project March 30, 1959.  The ground breaking event was attended by M.H. Thorsen, Edwin Wiley, Charles L. Schonert, Donald E. Gavit, Lee L. Caldwell, R. B. Miller, Margaret Allen, Charles N. Scott, Leo Besozzi, Columbus Smith, Ted Klooster, Henry W. Eggers, and August Ignelzi. Many of those in attendance would go on to have schools in Hammond named in their honor.    Work was completed in 1961 and the school was opened with grades 7th, 8th and 9th.  One grade was added each year and Gavit graduated its first high school graduating class in 1964.

Gavit is an example of the Mid-Century Modern architectural style.  Characteristics include clean lines, geometric shapes, minimal decoration with no applied ornamentation, and innovative uses of glass. Mid-Century Modernism was popular from 1933-1965 though some would argue that period to be specifically limited to 1947-1957. During these years, architects experimented with poured concrete, rather than just steel and glass. Gavit exhibits its Mid-Century Modernism qualities in its strong horizontal bands of windows, curved entryway and sleek stone façade.   While the exterior of a Mid-Century Modern building is famous for its boxy layout all on a relatively flat plane, the interior design is based in functionality.  The open floor plans are intent on making the indoor and outdoor spaces complement each other.  The open spaces are well represented in some of the pictures during construction.

While the school began welcoming students in 1961, Gavit’s construction period was not over. A second phase of construction began in November of 1963 on three sites.  This expansion included 15 classrooms on the west, an auditorium and stage facilities in the center back and shop rooms on the east.  In addition, balcony basketball bleachers were added along with a football field and baseball bleachers.   1966 marked the end of this phase of Gavit’s construction.

Gavit would continue to grow and expand with yet more construction which included more classrooms, a swimming pool, fences, a new library wall and an outdoor concession stand.

Gavit continued to welcome students until 2021 when it graduated its last class, leaving the building empty and awaiting its yet to be determined fate.