The results of the 2020 Census of the United States are in...

and the City of Hammond remains the #1 most populous city in both Lake County and in the whole of Northwest Indiana! This is a title we’ve proudly held on to from the 2010 Census.

In 2020 Hammond ranks as the 8th largest municipality by population in the State of Indiana. 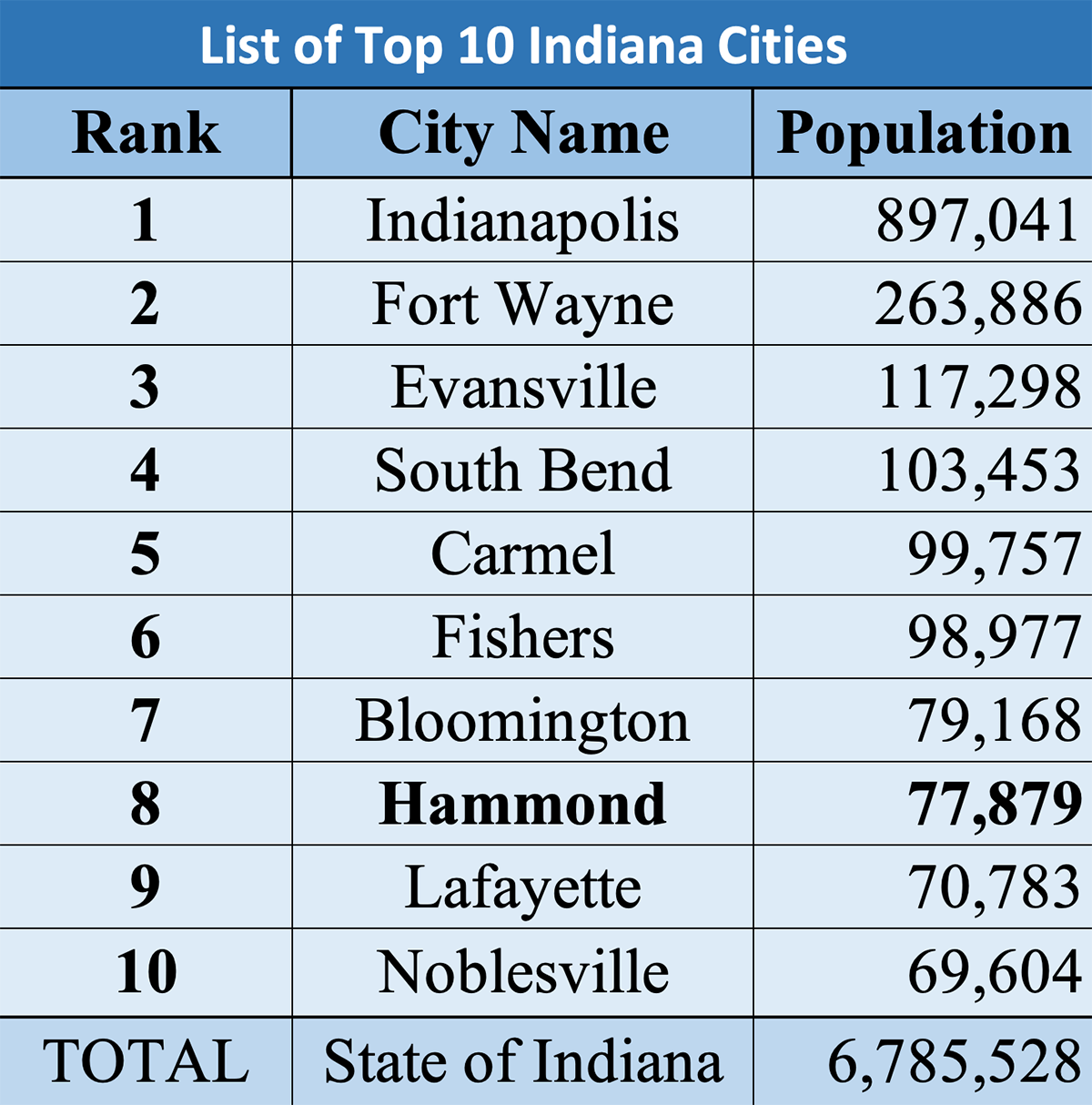 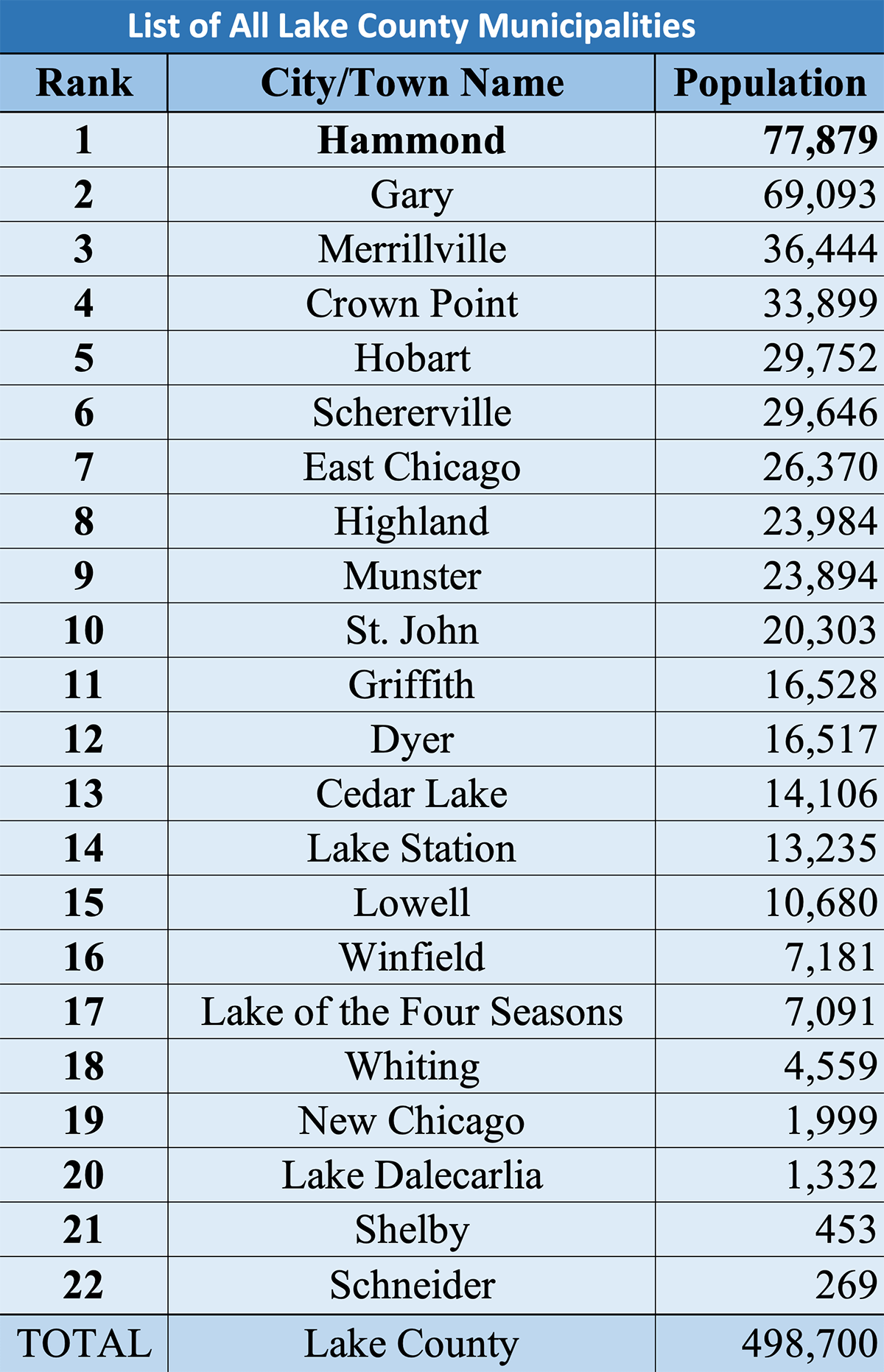 The 2020 Census also revealed Hammond ranks as the 10th largest suburb in the Chicago Metropolitan Area, which covers 16 counties across portions of 3 states.

Since 1790, a decennial Census has occurred to determine the population of the Country as well as provide for the apportionment of elected Representatives in the U.S. House of Representatives. All of the States use the same information to determine the districts for state legislatures, continuing to the County and Municipal level. Every ten years, Census forms are sent out to every household to help collect the basic information on the number of residents, age, race, and ethnicity.

In the intervening years, 1 in 8 households will receive the American Community Survey. The survey collects information on employment, income, education achievement levels, household characteristics such as the number of bedrooms, bathrooms etc. The American Community Survey will also provide estimates of the population between the official count every 10 years to help determine changes in the population.

The two sources work together to help determine how Federal money will be distributed to the States, and then by the States to the local governments. The State of Indiana receives nearly $18 billion annually from the Federal government to assist the state and local governments as they provide services such as education, assistance to businesses, public safety, healthcare, road improvements and housing to its residents. We’ve come a long way from the 1880 Census, which found only 699 residents in the areas that would become the City of Hammond.

If you have questions or concerns, please feel free to contact The Department of City Planning at (219) 853-6397, ext. 3 for more information. You can always visit the official Census website at www.Census.gov. Thanks for your help in shaping Hammond’s future by being counted in the 2020 Census!

Click on the following links to see population & some limited demographics for the City of Hammond overall, for each Planning District, for each City Council District, and for each Census Tract: