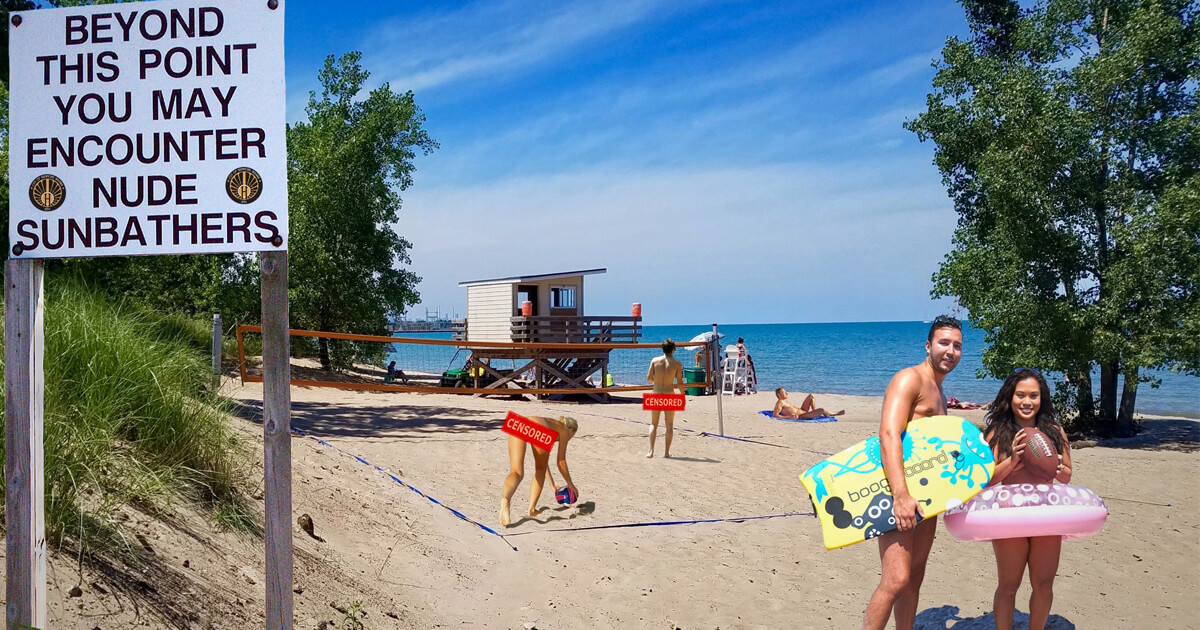 Mayor Thomas M. McDermott, Jr. wishes to comment on the press release below regarding nude/clothes optional beaches in Hammond. There have been strong opinions both in favor and opposed to the idea of the European style of sunbathing at Hammond beaches. After much research and hours of debate, Mayor McDermott has decided to….April Fool’s the project. Happy April Fool’s from the City of Hammond!

Hammond Mayor Thomas M. McDermott, Jr. is pleased to announce a bold new strategy to boost tourism in the City of Hammond.

The mayor’s innovative thinking has brought about the decision to designate a section of the City’s Lakefront Park beach along Lake Michigan at the Hammond Marina a topless or “clothes optional” beach with activities such as beach volleyball being made available to beachgoers. The initiative will encourage residents and new visitors to Hammond to frequent city beaches with a European feel of sun bathing. This free-spirited program along with other successful programs such as Hammond’s award winning College Bound program will draw people from around the world to visit the city to partake in this ingenious and forward thinking strategy.

“It is a perfectly mature form of sun bathing and promotes increased self-esteem while also encouraging healthy living for all those who come to our beaches,” stated Mayor McDermott. “We plan to start our “clothes optional” beach program on May 25th to coincide with the annual opening of city beaches.”

The Hammond Port Authority will continue to provide fully clothed lifeguards at the beach. “We plan on training our lifeguards for the change in city policy, and believe it will be a smooth transition,” stated Milan Kruszynski, Hammond Port Authority Director. “We were having some trouble getting lifeguards for this season, but this program has resulted in a long list of applicants, some of which appear to be older than usual. They told me they were very excited to patrol the beaches this year once the program was announced.”

Any questions regarding the program can be directed to Mayor McDermott’s office at (219) 853-6302.