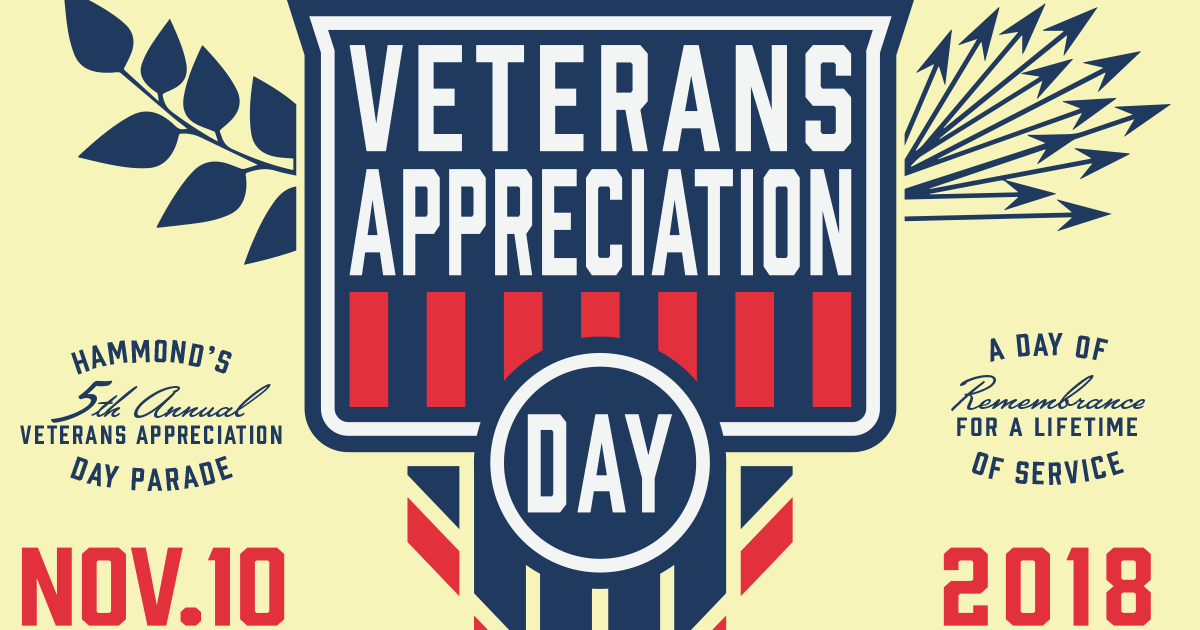 The City of Hammond celebrates its 5th annual Veteran Appreciation Day parade on Saturday, Nov. 10th at 10am in Hammond’s 5th and 6th districts. The parade route travels from Olcott Avenue, down 173rd Street and ends at the Hessville Park Veterans Memorial.

This year, the parade’s Grand Marshal and keynote speaker will be Lake County Assessor, Jerome A. Prince. Mr. Prince’s entire adult life has been one of service. As a young adult, he served in the United States Marine Corps. In 2000 he began his local service as a Gary City Councilman and served in that capacity until 2008. In 2008 he served as a Lake County Council Member until 2014. From January 2015 until the present, he has severed as the Lake County Assessor. He is married to DeAnna, and they have four adult children who have gone on to realize their own dreams.

Some of the parade participants include members of local American Legions and VFW posts, musical entertainment from area high school bands, antique military vehicles, Those Funny Little People and a flyover by the Lima Lima Flight Team.

A short program will immediately follow the parade at the Hessville Park Veteran Memorial at 173rd Street & Kennedy Avenue. Join us at the ceremony and sign a huge thank you banner that will be sent to active duty personnel.