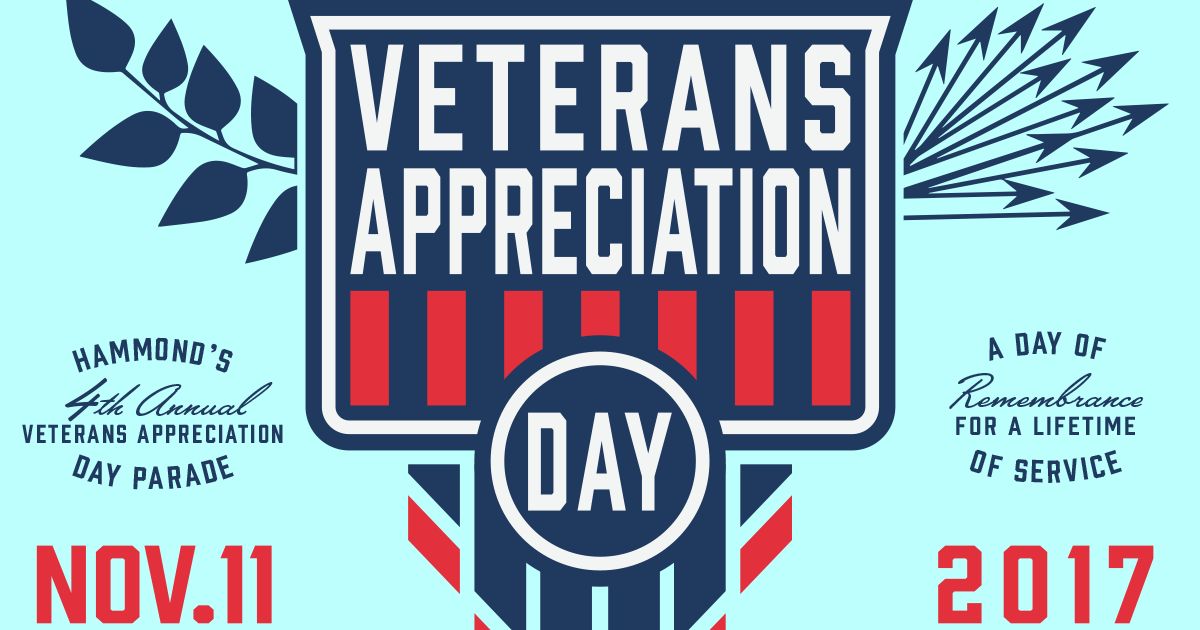 The City of Hammond celebrates its 4th annual Veterans Appreciation Day parade on Saturday, Nov. 11 at 10 a.m. in Hammond’s 5th and 6th districts. The parade route travels from Olcott Avenue, down 173rd Street and ends at the Hessville Park Veterans Memorial.

This year, the parade’s Grand Marshal and keynote speaker will be Hammond’s Fourth District Councilman and US Army Veteran, William Emerson, Sr., 18th Combat Engineer Brigade, who served in Viet Nam. Some of the parade participants include members of local American Legions and VFW posts, musical entertainment from area high school bands, antique military vehicles, Those Funny Little People and a flyover by the Lima Lima Flight Team.

A short program will immediately follow the parade at the Hessville Park Veteran Memorial at 173rd Street & Kennedy Avenue.

For more information on participating or sponsoring the parade, contact the Hammond Parks Department at (219) 853-6378 or visit.