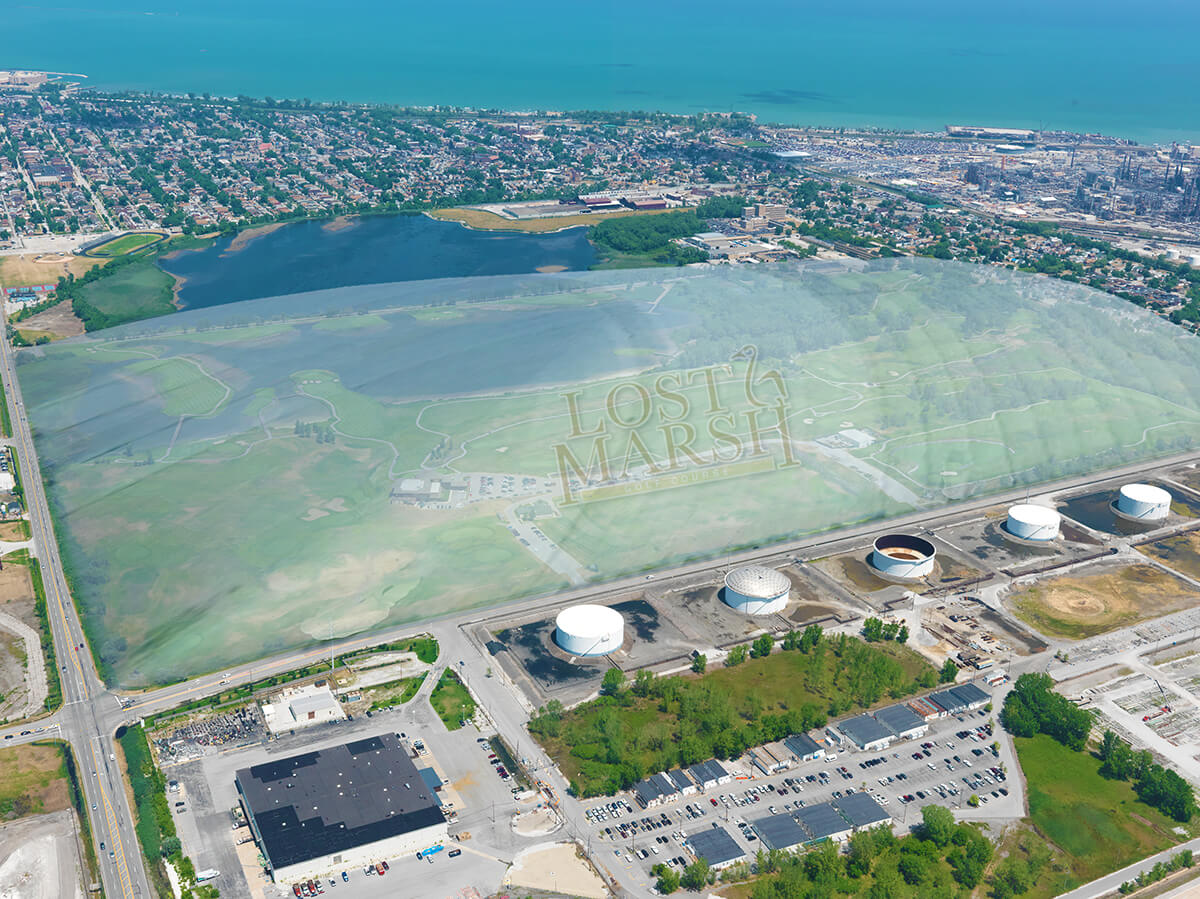 Hammond Mayor Thomas M. McDermott, Jr. and the City of Hammond have announced plans for Hammond’s newest innovation at its popular public golf course. Lost Marsh Golf Course will soon be fitted with a state of the art dome, transforming the course into a year round golf facility. The cost is estimated at $53M, however, no resident tax dollars will be used. The funds will come entirely from Hammond’s earmarked federal American Rescue Plan dollars, the Covid Stimulus package passed by Congress and signed recently by the President.

The timeline for this project is two to three years. “We were told we have until December 31, 2024 to spend the money so this timeline is perfect,” said Mayor McDermott. “Being able to utilize all $53M of these funds in one project is fiscally responsible and is a huge addition to the entertainment and recreation feel to Lost Marsh and Wolf Lake that we’ve been working on for nearly a decade. There will be nothing like this project in the Midwest, and maybe the entire United States,” said the mayor.

To fulfill the federal program’s infrastructure, including water, sewer, and broadband requirement, phase one of the project will be the creation of the framework of the dome. This phase will install several 150 foot girders that will be imbedded into the ground to support the walls of the dome and allow the connection of an intricate pattern of stays to support the roof. Broadband wiring will be included in the girders to ensure a full and clear signal anywhere under the dome. Increased water and sewer infrastructure will be added for new drainage—required once the course and the south end of George Lake is encapsulated.

Phase two slated to start by the middle of 2022 will be erecting the fabric, the PDVF (Polyvinylidene Fluoride) and Tevlar, over the structure. This material allows for a warm environment in the winter and air conditioning in the summer. As the pandemic winds down but future pandemics remain a concern a state-of-the-art air purification system will be installed to guarantee the safety of patrons.

“Golfers we surveyed are concerned about the authenticity of the domed course, therefore we are working with a national HVAC manufacturer to ensure conditions can be varied under the dome to simulate real Lost Marsh type weather,” stated Milan Kruszynski, Director of the Hammond Port Authority.

Unfortunately, due to the size of the dome structure, the residents of Dedelow Parkway as well as those on the west side of New York Avenue near the course will be placed inside of the dome. An intricate air-locking system is being created that will allow those residents access to their houses without deflating the structure. “Obviously, access to the homes will be a little tougher because of the air-locking system, but the up to 5 minute wait isn’t really that long in the overall scheme of things. Especially when you consider that these residents will have year round good weather, who wouldn’t want to wait an extra few minutes?” said Mayor McDermott.

The Mayor, who is known as always thinking of innovative ways to improve the city, was asked where this idea came from, said, “I thought of this while talking with my dad. As an avid golfer, every year he heads to Arizona when the weather changes here. He hates that he can’t golf here in the winter. I’m sure there are many others who feel the same way. This project will increase revenue, improve recreational opportunity, all while being good stewards of the federal money that we were given under the American Rescue Plan. It’s money well spent.”