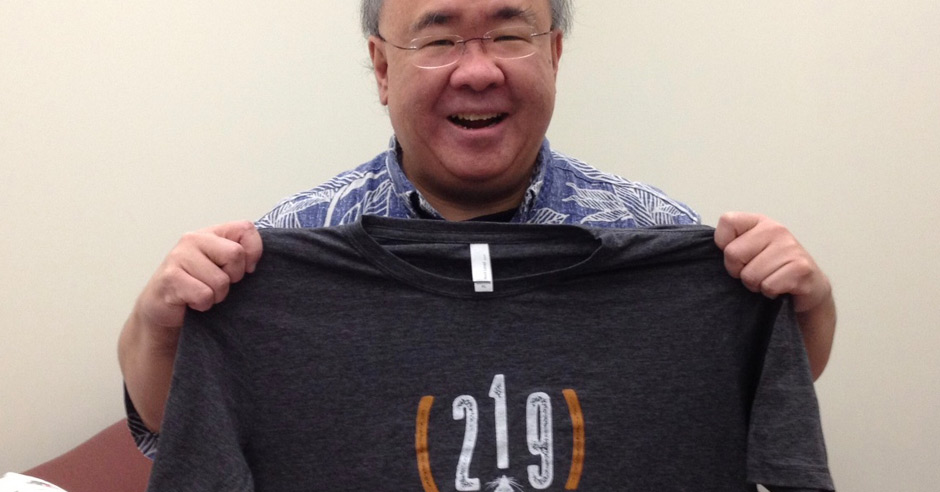 Last week on Facebook, I saw friends from my native Northwest Indiana posting stuff about “219 Day.” Of course I recognized 219 as the main area code for Lake County, Indiana, but I had no idea what this “Day” was all about. I would learn that 219 Day is a new “holiday” created by Hammond, Indiana mayor Thomas McDermott, Jr., mixing local pride with a little tongue-in-cheek. The first 219 Day was marked by a food, drink, and entertainment event that drew thousands to the local Civic Center.

The humor is in the logo. As you can see, a rat is a part of it. To explain, Lake County and the City of Hammond are located in the heart of what is called the Calumet Region, named for the Calumet River that flows through it. Denizens of “Da Region” have long been called “Region Rats.” So the Mayor (and/or his public relations team) incorporated said rodent into the overall theme.

Although Mayor McDermott caught some flak for including the little fella in the logo — apparently some of the more refined residents didn’t fully appreciate the association — on the whole 219 Day was a rousing success and will now become an annual event. Personally, I thought it was a clever way of saying, hey, we’re going to celebrate our region without taking ourselves too seriously!

In fact, when I saw folks posting stickers for 219 Day on Facebook, I contacted one of my Region schoolmates, Dave Woerpel, now Chairman of the Hammond Democrats and a close associate of the Mayor, and asked how I might get my hands on one. Well, not only did Dave send me a couple of stickers, but also to my surprise he sent a 219 Day t-shirt (“219 Day, It’s all about Da Region”), which I proudly show off in the photo above. It is a fitting addition to my leisurewear collection. Perhaps some Bostonians will ask for an explanation!

I left Indiana in 1982, bound for law school in New York City. For a long time I thought I’d never look back. But I have come to appreciate all the chapters of my life, and growing up in Da Region is an important part of it. Over the years I have kept in touch with a handful of people from Indiana, and now — often via Facebook — I have reconnected with folks I had lost touch with for decades.

So yes, I enjoyed the humor imbued in that 219 Day logo. But I also regard that t-shirt with genuine sentiment, a welcomed connection of my past with my present.