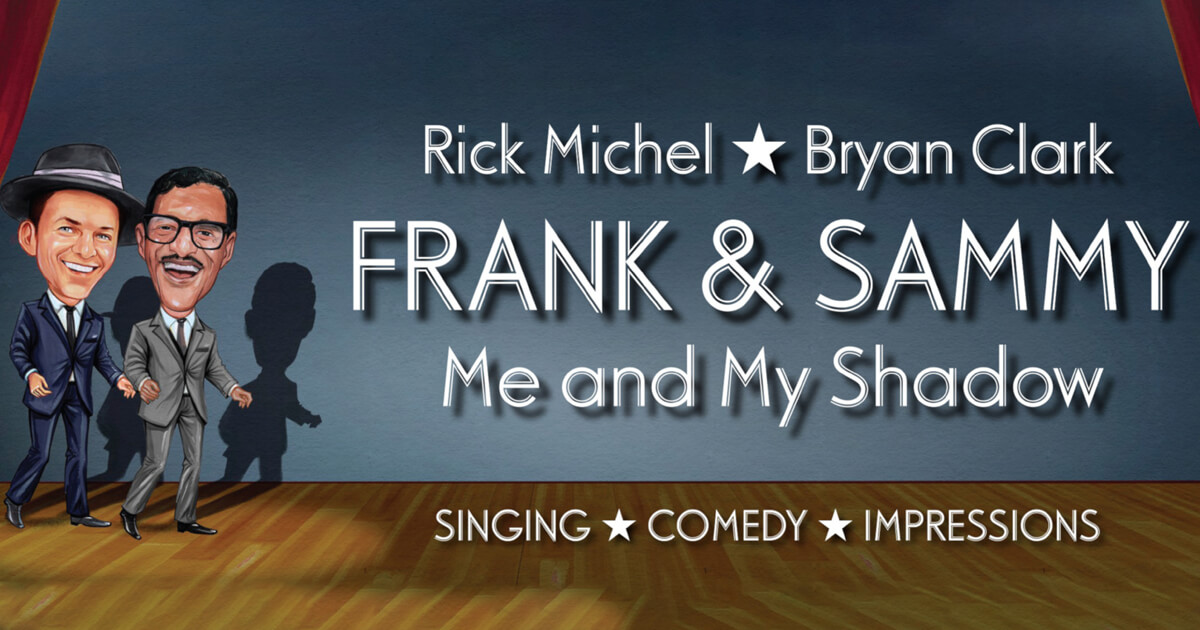 This year, The Pav will host another Rick Michel show: “Frank & Sammy: Me and My Shadow”.

Me and My Shadow will feature Rick Michel as Frank Sinatra and Bryan Clark as Sammy Davis Jr. plus about 18 other impersonations like; Michael Jackson, Rodney Dangerfield, Stevie Wonder, Bob Hope, Tom Jones, The Godfather, Neil Diamond and much more. Don’t miss out on this “One of Kind” show with so much music, comedy and impersonations you’ll think you’ve seen 10 concerts…”

This is a FREE event. Outside food and drink permitted. Patrons are encouraged to bring a chair and/or blanket.

Gates open at 6 pm with the show starting at 7 pm. Rain or shine event.