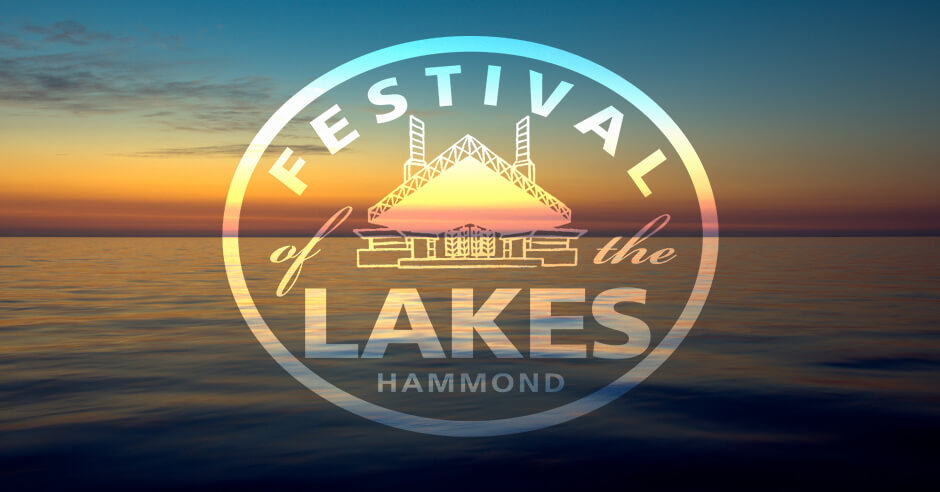 Originally known as Hammond’s Augustfest and created as a way to promote the city and celebrate the diversity of its people, as well as a time for families to be together and have fun, the Festival of the Lakes continues to attract more of everything—bands, vendors and crowds.

“I’ve been doing this for 12 years and even though every year we get larger with bigger and bigger acts, there’s one thing that hasn’t changed—it’s still free,” Muta says.

The entertainment offerings this year are musically diverse and include the four-time Grammy award winners Boyz II Men who, as the best-selling R&B group of all time, have sold some 60 million albums; Ludacris, considered to be the most commercially successful Southern rapper of all time; and the Grammy-nominated Eli Young Band. Also appearing are the bad-to-the-bone George Thorogood & the Destroyers, known for such hits as “Who Do You Love,” “I Drink Alone,” “One Bourbon, One Scotch, One Beer” and “Move It On Over.” Banda el Recodo de Cruz Lizarraga, a Mexican Banda sinaloense group founded in 1938—consisting of four clarinets, three trumpets, tambora (a bass drum with a cymbal on top), tarola (snare drum), sousaphone-style tuba, and three trombones, accompanied by two singers—again returns to the festival.

“Where in our area would you get such big names performing like the ones we have this year?” says Muta, noting that using their Regional Development Agency funds, they now have a large stage.

Beyond music, Muta says they’ve increased the size of their tents to 20 by 20 feet for better service and have added three new food vendors including Papa John’s, the national pizza chain; Snack Wagon, which serves such festival must-eats as deep fried pickles and deep fried Snickers bars; and a café serving Rubicon Artisan Coffee.

Shoreline fishing on the Indiana side of Wolf Lake lets those who like to cast a line win a trophy for 1st, 2nd and 3rd places for largest bass, walleye and pan fish in one of two divisions—under 12, and 12 & older—during the Festival of the Lakes Fishing Derby. Entry fee is $1 (the money goes to restocking Wolf Lake). Children ages 15 and under will receive free fishing equipment, while supplies last. A free kids’ fishing seminar will be held at 10 a.m. and poles and bait are available at the derby.

Bring your lawn chairs and blankets down to the Hammond Marina for the free Polka Party with the Music Company—a celebration of all things Polish including dancing as well as food by the Cavalier Inn of Hammond.

Those signing up for the Kathleen Pucalik Memorial 5K Walk, Run & Splash get a free T-shirt and the chance to win awards for the top three male and female overall and 1st place male and female finishers in age divisions ranging from 8 and under to 70 and over.

The Golf Scramble at the Lost Marsh Golf Club features prizes for 1st place, 2nd place, Closest to the Pin, and Longest Drive, and includes lunch and a complimentary gift bag.

Kids get their own day at the Aquatic Play Center at Wolf Lake, where ages 12 and younger can cool off for free on Saturday, July 23.

If you’re 55 and older, Mayor Thomas McDermott has designated July 22 as Senior Day with free lunch and goody bags (while supplies last) as well as music by Gino & Friends from 10 a.m. to noon. The next day, McDermott created Special Persons Day in honor of those with permanent disabilities. The event includes a free lunch of hot dogs, chips and Pepsi as well as free carnival rides and free goody bags (while the supplies last) from 10 a.m. to noon at Wolf Lake Memorial Park.