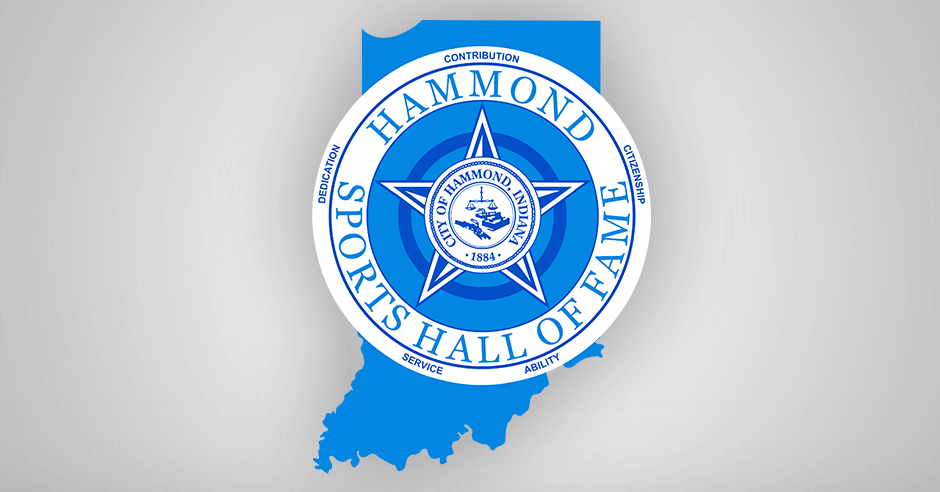 The Hammond Sports Hall of Fame will induct eight individuals from the city’s proud athletic past during its 31st annual induction dinner, Tuesday, March 14 at the Hammond Civic Center.

Anderson-Peterson Family Distinguished Athlete Award recipients
Also during the induction program, the Hammond Sports Hall of Fame’s 26th annual Anderson-Peterson Family Distinguished Athlete Award will be presented to two 2016 graduates of Hammond schools who depict the qualities for which the Hammond Sports Hall of Fame was established: dedication, contribution, ability, service and citizenship.

The recipients are Gabriela Lopez of Gavit and Marcos Keefe of Bishop Noll.

Time/Schedule
Hall of Fame festivities begin at 5pm with a social time. Dinner is at 6:30pm; the induction program follows at 7:30.

Ticket availability
Single tickets for $25 are on sale at the Hammond Civic Center, Jean Shepherd Community Center, Rich’s Barber Shop, House of Pizza, Cheers, Purdue University Northwest Hammond Campus Athletics Office, Kenwood Tap and the athletic offices of all Hammond high schools. Tables of eight seats for $200 can be purchased at the Civic Center. If tickets remain available, they will be sold at the door for $35.