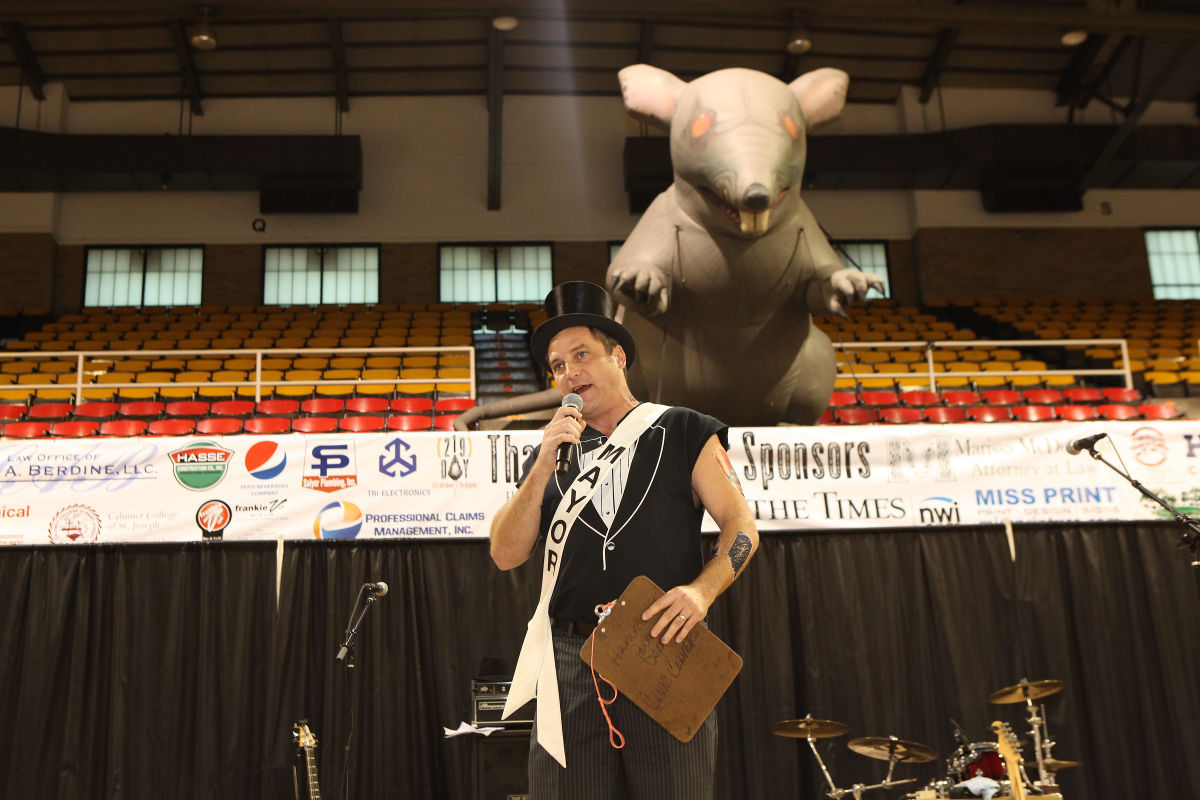 219 Day, the celebration of all things Region held last week, was a big success that drew thousands of people to the Hammond Civic Center, likely made money for the city of Hammond, and somehow ended up the sixth most trending topic on the popular social media network Twitter.

So 219 Day will return next year. Only the party at the Hammond Civic Center will technically take place on Feb. 18, not the 2/19 that evokes Northwest Indiana’s area code, since Feb. 19 falls on a Sunday in 2017 and it makes more sense to have a big celebration with a lot of local craft beer on a Saturday night, McDermott said.

A decade from now, McDermott hopes 219 Day ends up as big a Region event as Dyngus Day in South Bend, which takes place the first Monday after Easter and is when politicians glad-hand at pubs and fraternal halls as revelers polka and feast on Polish foods.

McDermott foresees 219 Day being celebrated in bars and communities all across Northwest Indiana, including in Hobart and Valparaiso.

Twitter comedian Region Rat Rants, who tweets from the handle @RegionRatRants, invented the holiday as an occasion to poke fun at the Region, such as with jokes like, “Region Rats haven’t been this unified in happiness since Portillo’s opened in Merrillville,” and “NWI might not have good public schools, paved roads, a low crime rate, or average body weights … but dammit, we have #219Day.”

As the mayor of Northwest Indiana’s largest city, McDermott made a humorous proclamation declaring it a holiday in 2015 and then staged an actual party on Feb. 19.

It went better than expected. The Civic Center was packed all night, and at least 1,500 revelers were present when Dick Diamond and the Dusters played the closing set.

“In my 12 years of hosting events at the Civic Center, it was the best attended and most successful,” McDermott said.

The final numbers haven’t been tallied, but Hammond expects to have made money by selling 219 Day T-shirts, around 30 sponsorships for $219 a piece and by taking a cut of the beer money.

The biggest complaint was that the lines for beer were too long, but the city will fix that next year by opening more satellite bars, including up in the bleachers where many chose to sit to observe the festivities.

Some critics also attacked the use of a rat as painting the Region in a derogatory light, though organizers intended it to be a lighthearted reference to the Region Rat moniker that’s long been used to describe Northwest Indiana residents.

McDermott said next year’s 219 Day would downplay the rat imagery because of the complaints. While rats may still be included, they will no longer be prominently featured in the marketing of the event.

“We’re going to take advice and focus on the 219 in the logo instead of the rat,” he said. “We thought it was funny … We’re doing this because we’re proud of the Region.”

Next year, Hammond hopes to make 219 Day bigger and better, possibly by including more food vendors. A goal is to get Region native Jim Gaffigan to participate, since he’s even done a riff about being from Northwest Indiana.

“His appearance fees are astronomical, but maybe he could appear with a video message,” McDermott said.