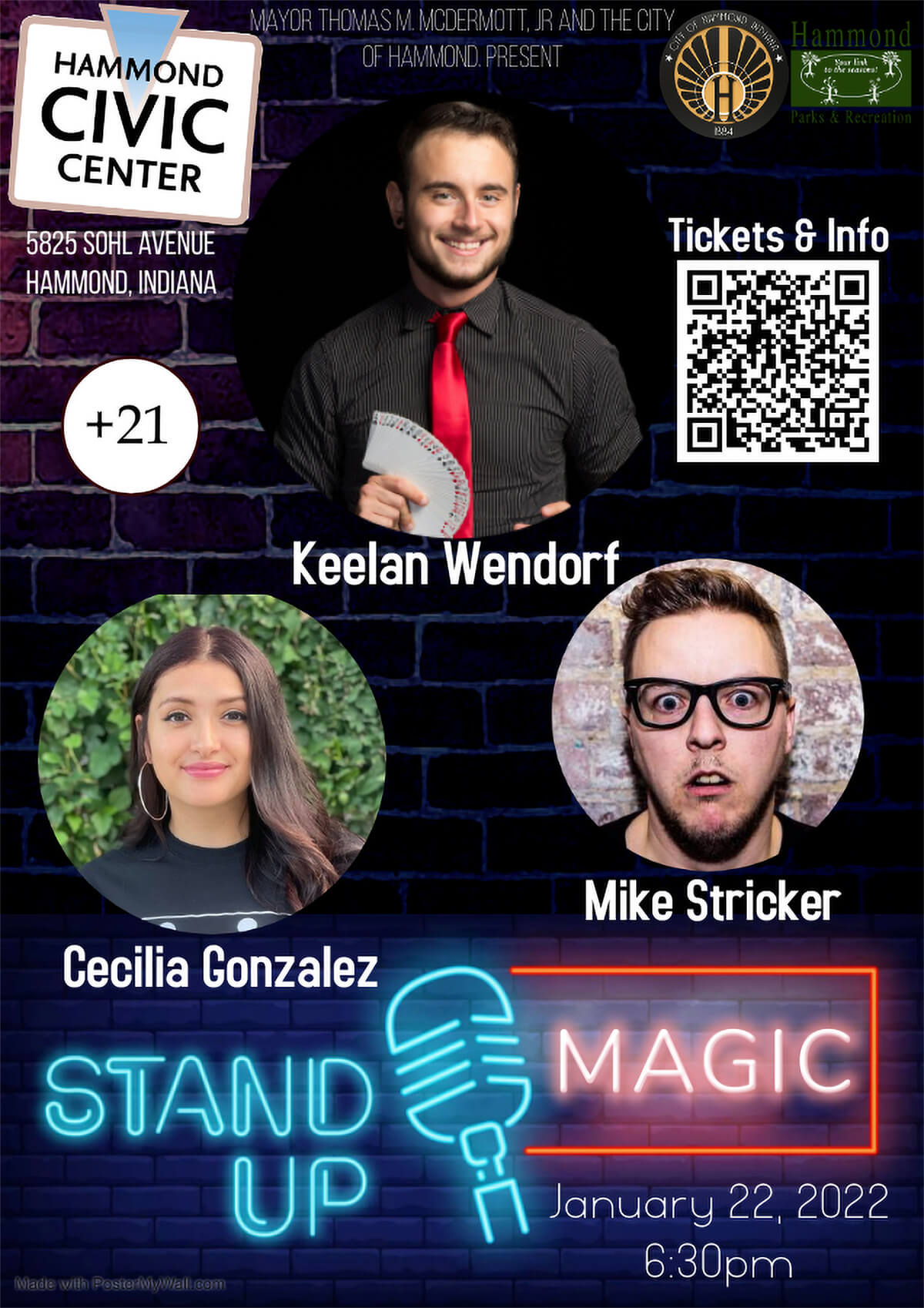 Mayor Thomas M. McDermott, Jr., Hammond Parks & Recreation present the Magic of Keelan Wendorf and the Comedy of Mike Stricker and Cecilia Gonzalez on Saturday, January 22, 2022 at 6:30 pm at the Hammond Civic Center, 5825 Sohl Avenue. This is a 21 and over show.

Keelan Wendorf, originally from Whiting, IN, began performing magic in middle school. Keelan is a professional magician, illusionist, mentalist and comedian. An America’s Got Talent Spring of 2021 contestant and Penn and Teller’s Fool Us contender, Keelan travels across the country, and performs on Fremont Street in Las Vegas. Check out Keelan’s magic at: https://magicofkeelanwendorf.wixsite.com/magicofkeelan

Mike Stricker, from Berwyn, IL, has performed in thirty-two states, and has been performing comedy for ten years. Keelan and Mike travel the United States and perform regularly together. For more information on Mike, check out his Facebook: https://www.facebook.com/mikestrickercomedy.

Cecilia Gonzalez originally from East Chicago, IN, currently residing in Hammond, is taking comedy by storm while working stand-up and co-producing Wednesdays After Work at Zanies. Check out Cecilia on her Instagram @ceciliagcomedy.

There will be a cash only bar with beer and wine service at this show. Tickets can be purchased online for $20 each. Tickets purchased on the night of the show will be $25.

For more regarding this trio of performers or general information on this show, contact Anna Mamala at the Hammond Civic Center, 219-853-7705 or email mamalam@gohammond.com.